In a well/formation that is known to contain fines of 40-45 microns, our client wanted to create a dynamic under-balance to clean the perforations upon firing the guns. A shoot and pull string was designed that included 500 ft of TCP guns covering four separate intervals. The Metrol CROSS-FIRE firing head and a 2,200 ft atmospheric surge chamber isolated by two tester valves was run in hole with the lower tester valve located 80 ft above the highest TCP guns. Metrol also ran OCULUS pressure gauges to monitor and record the actual under-balance and subsequent drawdown/build-up after perforation. The atmospheric chamber comprising the two tester valves was run in hole with both valves closed. An acoustic command signal using Metrol’s PARAGON system was sent to the CROSS-FIRE to fire the TCP guns and then the lower tester valve was opened to create the under-balance. 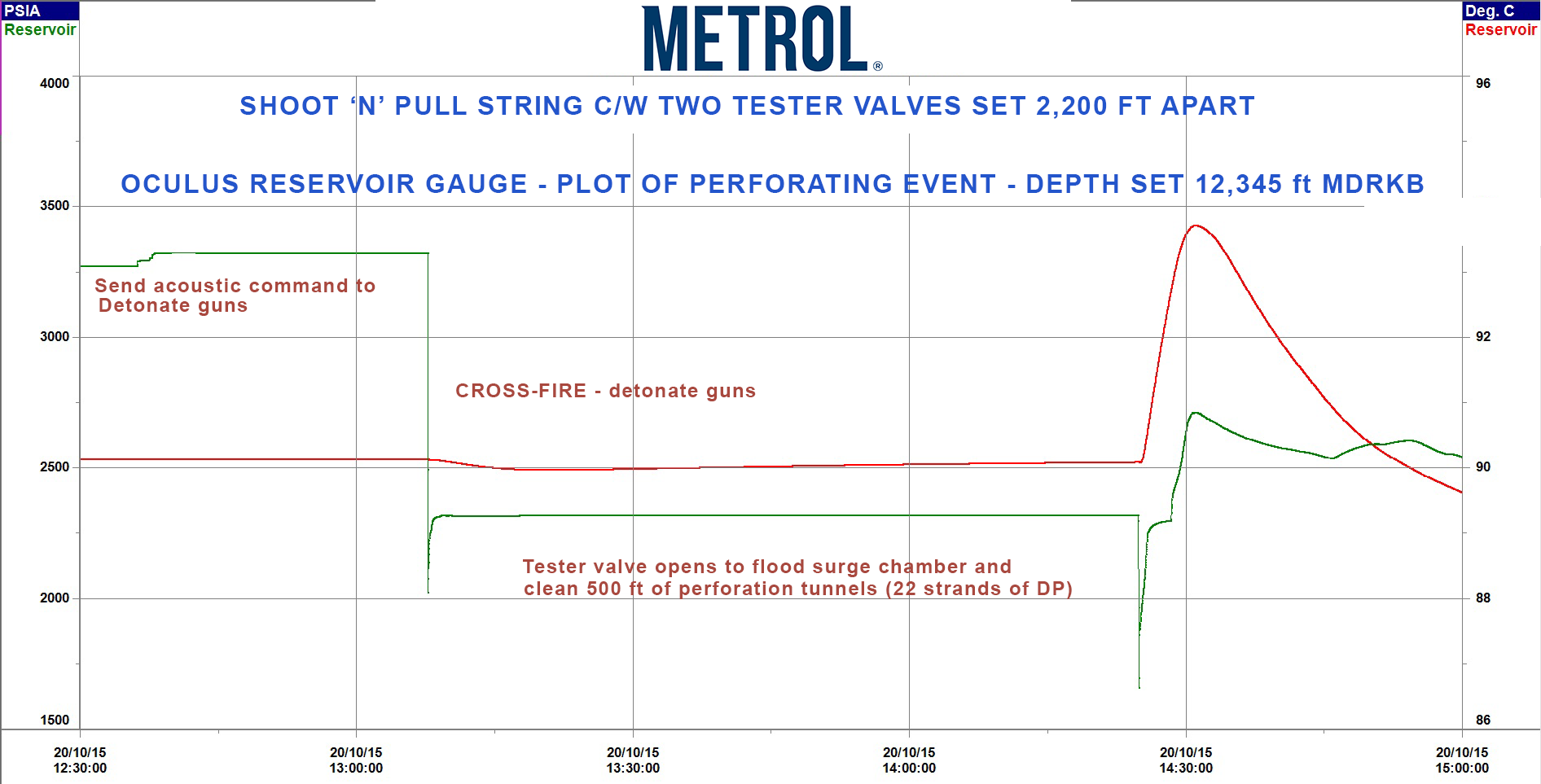 The Metrol gauge data also collected wirelessly using the PARAGON acoustic system during the operation confirmed that a 1400 psi under-balance was achieved and the client was happy to hand the well over to production.